The series focusses on the phenomena of noise barriers.

It tries to emphasize how these walls divide the space and how they work as a somehow fascinating counterpart for scenic Austrian landscapes. 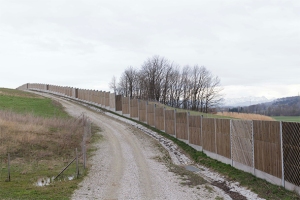 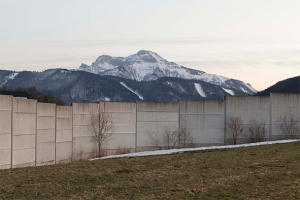 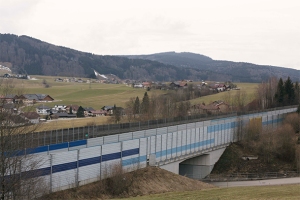 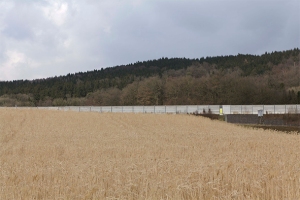 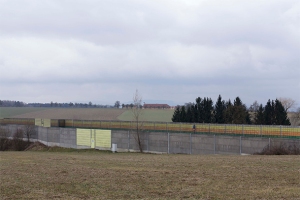 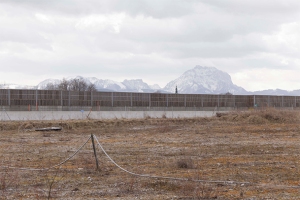 Based on current phenomena, such as the reproduction of complete Austrian
Villages in China, in the project “welcome” monumental Chinese characters are
mounted at the abandoned railway station in ‘Lunz am See’ (Austria). This inoperable place, which has hardly any visitors, intensifies the absurd effect of the gigantic font installation. As most of the viewers can not read Chinese signs, quickly the question of the meaning comes up. In fact, it is nothing more than a translation of the name of ‘Lunz am See’, paraphrased a little poetically. The typeface is aesthetically inspired by Chinese agitprop as well as advertisements. 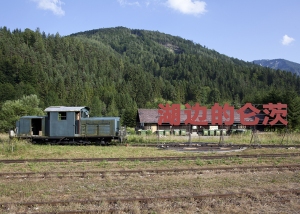 Thanks to Jianan Qu (translation)

A Series of photographs, taken in subway tunnels. 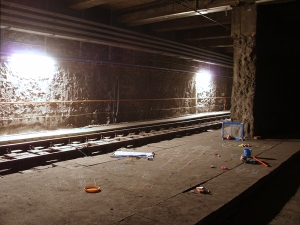 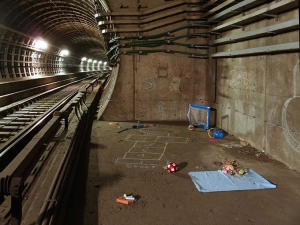 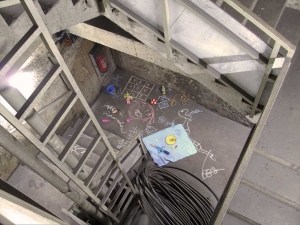 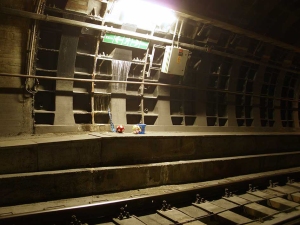 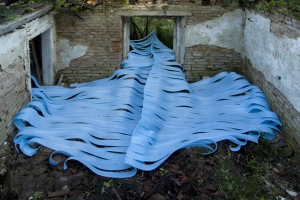 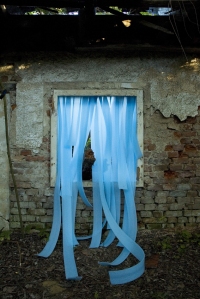 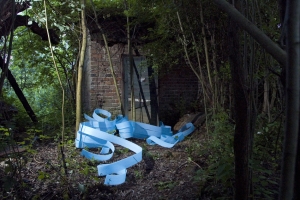 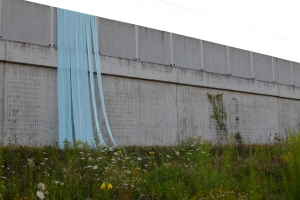 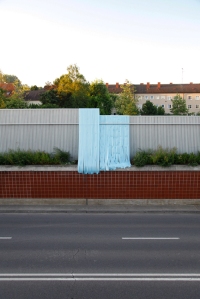 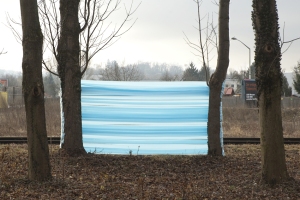 In this series, newspapers are used in manifold ways to create installations. The works are shown as photographs.
The places that have been chosen to realize the images do not play any major role for city-organisms.

Abandoned buildings, former industrial areas, noise barriers along railroads and arterial roads; the view is focused on places which can be considered as ‘stepchildren’ of city planning.
Places everyone knows, however, mostly passes by without even recognizing them.
As these spots seem so inconspicuous, the strange installations appearing on the scenery cause even greater irritation when being discovered.

They remind of parasites and at first glance it is not really clear what these ’organisms’ are made of.
An important point of this work is to take newspapers available for free and use them in a way they were never expected to be used.
This emphasizes the surprisingly high formal and aesthetic quality of the ‘misused’ everyday object. 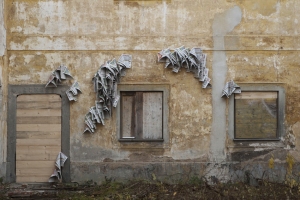 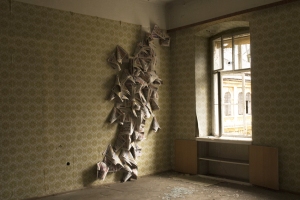 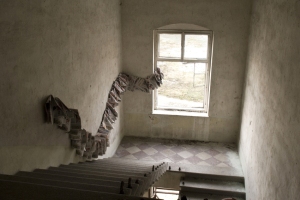 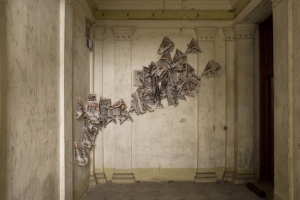 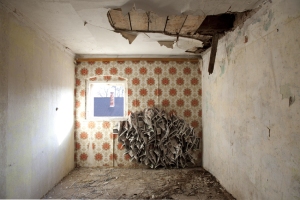 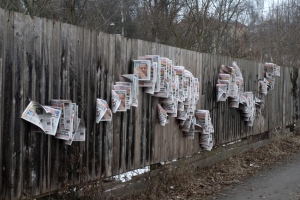 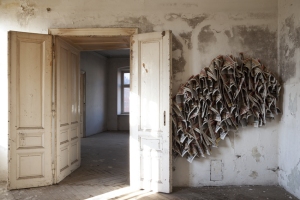 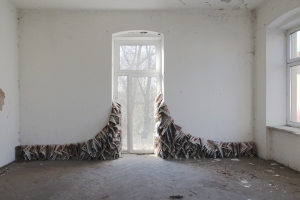